This is what makes cross country what it is!

For absolutely no sane reason, cross country running is something that has stayed with me for some time now. It is the type of running that I do the least of because sadly there aren’t too many cross country style courses by where I live to run on. But yet when an opportunity presents itself to run it, I jump at the opportunity to do so!

What is cross country running you ask? No it’s not running from east coast to west coast! And it’s definitely not road running! It’s for the most part trail running, occasional grassy patches and lots of brutal hills with unstable footing at times. In short, it’s misery for those that have never run it. I think the reason that it has a special place in my heart is because when I first did any type of organized running in high school, it was the first type of race I ran. 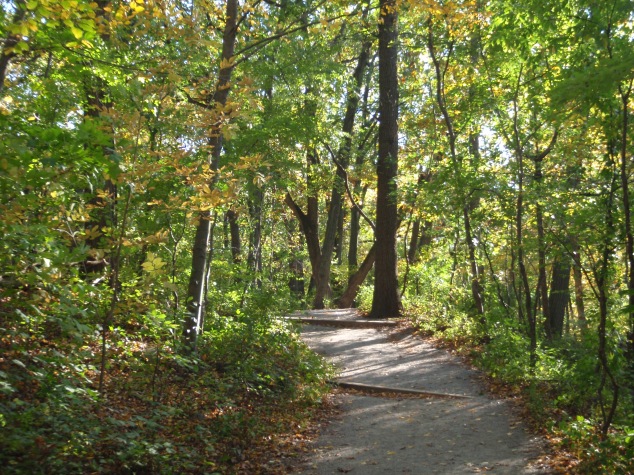 The Infamous Back Hills Of Vanny

The course that I ran the most was the famous course at Van Cortlandt Park in the Bronx, affectionately known as Vanny to many “harriers” or cross country runners. The New York Times wrote up a great piece about the course a few years back. The article describes the many facets of the course that I fell in love with as a high schooler.

This Saturday, I go back and visit my old friend Vanny. For the last few years I have been paying Vanny an annual visit as I run the alumni race that is part of my former high school’s city championship meet. For me it’s not only a chance to run a cross country course that to this day I still admire, but it’s a chance to see some old coaches, and cheer on my alma mater.

As I go back each year however it’s a continuous challenge that i’ve set for myself.  To put this challenge into perspective I recall how in high school, my best time on the course was under 15 minutes for the 2.5 miles course (4000 meters). Keep in mind I ran that course four years straight each weekend from September thru November. When I returned to the course for the first time since high school back in 2009, I didn’t know what to expect. I went into the race that year with a mentality of “whatever happens, just happens”. Well when I crossed the finish line, the clock read 23:32. I just looked at the time, laughed as it was almost 10 minutes slower than high school and then hit the floor because my quads and hamstrings were shot from scaling those hills for the first time in 22 years. It was quite a scene and quite a memory now that I  look back on it. 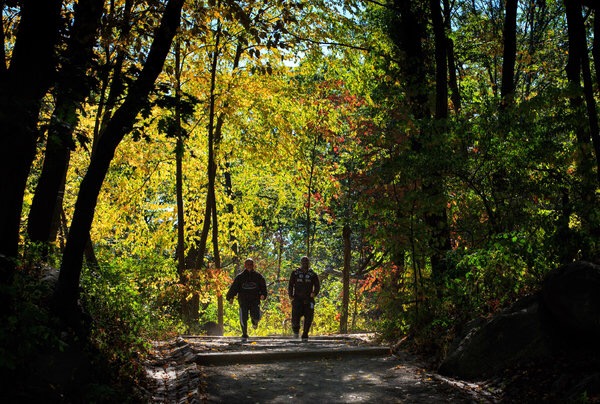 The serenity of Vanny makes it very deceptive!

So I’ve gone back 4 of the last 5 years to challenge Vanny again:

I return to visit my friend Vanny again this Saturday. While I can tell you that as I am typing this that I feel confident that I can run faster than last year, I have to remember that we are talking about cross country here, especially Vanny. What if I twist an ankle in the “Back Hills”? What if I hit a ditch on the grassy flats? What if I didn’t train on enough hills and they destroy me again? What if I take a tumble on the steep and fast down hills.

This is what I love about cross country. The fact that there are so many different variables makes it even more challenging. Just when you think you are ready, you just never know what might happen!
As I go into my “date” with Vanny, I can’t help but remember an old saying one of my high school coaches used to tell us :

That saying is true as it’s known by a lot of New York City runners. I’ll let you know on Monday how my date with Vanny went!

One thought on “My Obsession With Vanny”