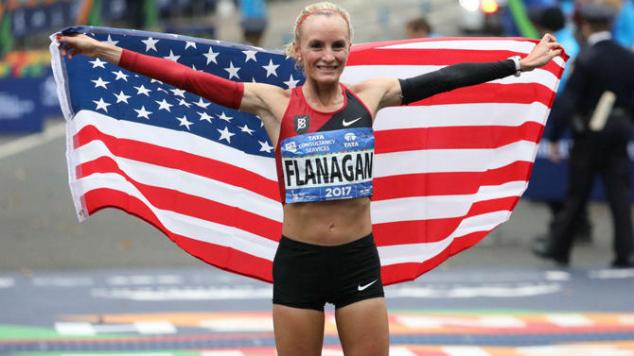 The 2017 installment of the New York City marathon has come and gone. I must say that there were so many great emotions for me personally during the last week because of the marathon and I didn’t even run the race! From the race week activities, to just visiting the finish line and to hearing the stories of so many friends that ran the race, it has been a great week to just take it all in.

When the race finally began, I decided to “watch” the race for the final time hopefully in some years to come. I literally say on my couch from about 9am until 2pm which is when channel 7 ended their coverage. I was engulfed by all of the stories coming across the broadcast. One of the ones that really got me emotional was the story of Beverly Ramos, an outstanding female runner from Puerto Rico, who completed her marathon  training in Puerto Rico after the wrath of hurricanes Irma & Maria had left the island in shambles. With the suffering that her country was enduring, Beverly pushed on and was determined to run the marathon. Her interviews on the broadcast were pretty emotional. She may not have finished as well as she would have wanted but she came to New York, competed, and is likely going home to Puerto Rico a champion. 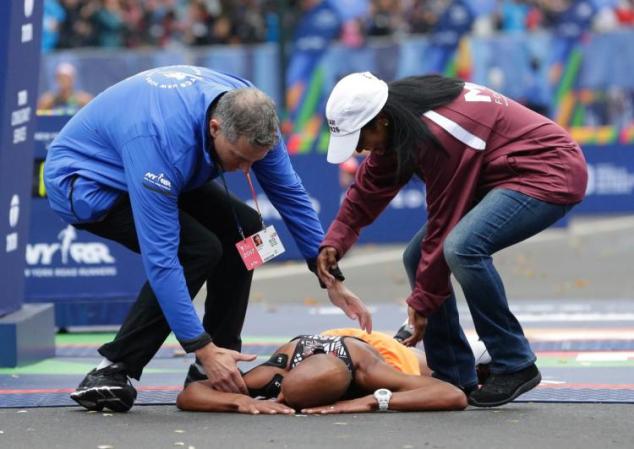 Then there was the story of Meb Keflezighi. Most of you probably know it. The storied American marathoner is calling it quits after this race. For a while, he teased us all a bit during the marathon as he ran with the lead pack and he may have even taken the lead once or twice. Nevertheless, the 42 year old marathon legend would finish in 11th place in his 11th NYC Marathon. Adding more suspense was that he collapsed right after the finish line. He was fine, just exhausted from giving the marathon that he loves so much, all that he had left in his body. He will be missed on the NYC marathon scene, at least by me. Shalane Flanagan talking to children before the start of NYRR Percy Sutton Kids race in August.

Then of course there was Shalane Flanagan. Oh how she has lifted so many young girls spirits. Being a youth amabasador for New York Road Runners club, Shalane was a favorite for alot of kids on Sunday, including my 7 year old daughter who got to meet her back in the Percy Sutton 5k in Harlem back in August (see my pic above from that day!). Shalane was at the starting line for the kids races that day high fiving all of the kids before they sprinted to the finish line. Fast forward back to Sunday’s marathon, watching her with my daughter from the couch was pretty awesome as she broke the tape to become the first woman in 40 years to win the New York City Marathon. Hoisting the American flag with a huge smile on her face was not only a much needed proud moment for Americans but INSPIRATION for so many young girls.

Then there was the fun aspect for me to track some celebrities from my couch with the New York Road Runners app. I got a kick out of watching Kevin Hart go out at sub 3:30 pace only to see him cramp up and finish in 4:05. I remember thinking “man Kevin Hart is going to CRUSH this”, but this is the marathon and it will test you! I also saw Tiki Barber and Prince Royce run a steady race and I am hoping that when I run the marathon in 2018, I can at least run faster than the three of them did! 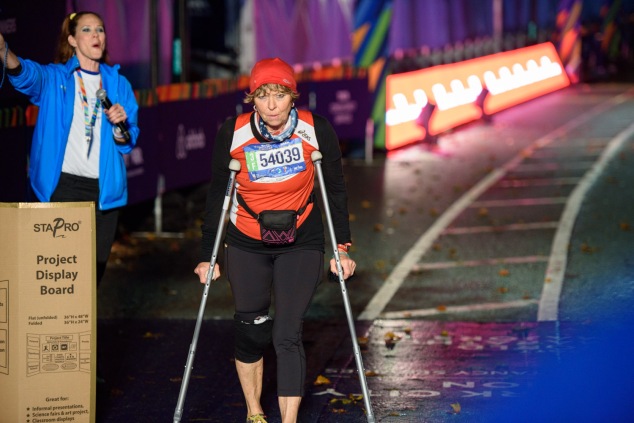 However none of these stories hit my heart and soul like the ones that ABC News 7 posted on their website earlier today. I ask you all to give this article a read and take some time to read the stories of the runners WHO NEVER GAVE UP. These aren’t experienced professional runners or folks in tip top shape. They came to this race wanting to finish. When water stations were empty and abandoned and when people no longer lined the course to cheer them, they continued. When nightfall fell they didn’t waiver. When their bodies told them “No mas”, their mind and their spirits told them to continue. Read these stories, they all finished the race! This is why running is SO POWERFUL and why it is my wish for all of you to experience the power of overcoming something you didn’t think you could do and being proud of it! Once you read these stories, if only one of you will get up and make a vow to make yourselves better, then my mission was accomplished for the day!

Always believe in yourselves just like the 50,000 plus that crossed the finish line on Sunday did! If your up to it, join me and let’s crush the 2018 NYC Marathon ir any other race together!